As some of you may know, Thumper passed away this past April after 8 years with our family. It was pretty rough. I felt like I had lost one of my best friends. At the same time, I didn’t know what to think about her death. The Bible didn’t seem to talk much about animals or pets, at least to my knowledge. And while I couldn’t rule it out completely, I was hard-pressed to argue that I’d see Thumper again in heaven. Theologically and Biblically, it seemed Thumper’s death was a non-event.

But how, I wondered, could something that felt so personally significant seem so theologically insignificant? And, more broadly, how should I think about pets–their lives and their deaths–in a Biblical and God honoring way?

I’m not sure if I’ve answered those questions in this post, but here are some of my scrambled musings from these past few months:

Saying Thank You for a Timely Gift:

Thumper’s death was sudden and unexpected. There was no time to brace myself or even to say goodbye. In the days following, I found myself wishing I could see her for just a few moments to give her a big hug and tell her ‘thank you’. Yes, I know that’s corny, and yes, she’s a dog who doesn’t understand English. But I really felt like she had been a huge blessing in my life and I wished I could tell her that.

I’ve written in the past about my struggles with loneliness (here and here), insecurity (here), and doubt (here). Thumper helped me in very real ways during some of those seasons of deep discouragement. Sometimes just the presence of a friend can lift the fog of loneliness and Thumper was often that constant companion. She was always eager to play or lie quietly by my side. She was there to greet me with a wagging tail and a smile after a long day. When Katie took my room and relocated me to the couch, she was my roommate sleeping next to me on her big red chair. With her, I never had to worry about measuring up, fitting in, or feeling like I had to think up something interesting to say. I could be myself. She made time at home restful and enjoyable. She was there for the countless dogwalks I spent praying or wrestling through a tough question. It was always comforting afterwards to look down and see her happily panting beside me.

What was I to do with that gratitude? It felt like a waste not to be able to express it in some meaningful way. Ultimately, I realized my desire to thank Thumper was misplaced–it reflected my human tendency to make much of creation, rather than the Creator. Unlike Thumper, God hears my prayers and deserves my praise. He gave me Thumper as a gift of common grace to help me through difficult seasons, just as he had orchestrated countless other people, events, and conversations to sustain me these past 8 years.

As a Christian, I know my thanksgiving is never wasted. I can always give thanks to my infinitely wise Father–for big things like salvation, and also for more ordinary things, like a dear pet. Nothing is too small a reason to give thanks to God. Thank you Father!

Called to a Greater Love by the Greatest Love:

I’ve heard pastors talk about video games as fake war and pornography as fake love. Video games give the adrenaline of heroism without the danger of real battle, while pornography grants the pleasure of sex without the sacrifice or commitment of a real relationship. The end result, the argument goes, is a whole generation that wants instant and easy gratification, without any cost.

That’s a subject for a different post, the point I want to make is that if we’re not careful, I think something similar can happen with our pets: they can become a source of easy and non-costly love that replaces the costly love of human relationships. Christoph sums it up best in ‘Reindeers are better than people’ (or if you prefer Eeyore:  Donkey’s are better than people):

Yeah, people will beat you
And curse you and cheat you
Every one of them’s bad except you

He’s right! Pets are easier to love than people. Relationships are messy and require work. People do hurt you. They have problems and annoying quirks.  They’re tiring. They bring out your insecurities. Pets, on the other hand, are furry and cute and always happy to see you. They can give the affection and loyal companionship we seek in relationships, while demanding far less than their human counterparts. I’m not saying pets are bad, just that if we’re not careful, we can take something good, like a pet, and use it for wrong purposes.

I think that was true for me. I’m naturally very introverted and shy. I often find social interactions tiring and you’ll often find me making excuses to avoid gatherings or hangouts. I wouldn’t say I ever thought Thumper could replace human friendship and community, but I do think she minimized the negative consequences of isolation, and thus made it easier for me to hide at home.

One of the big lessons God has been teaching me this past year is to fight my instinct to withdraw and instead to love people. More specifically, he’s been challenging me to commit to the church in greater ways; to better serve my family, especially as an example for Katie as she grows up; and to share his grace with my friends who desperately need him. All of these things require me to step out of my comfort zone and love in more costly ways. I have to die to pride and laziness in the church, impatience and selfishness at home, and distraction and earthly-mindedness with non-Christian friends. I’m forced to depend on God in deeper ways. I can love a pet by myself, but I cannot summon Christlike love by my own strength. I must meditate on and draw near to the amazing love that Jesus has shown me.

Perhaps I’m reading too much into it, but when I reflect on the timing of Thumper’s death, I see God’s wisdom and goodness. He allowed her to be a part of my life for a season, because he knew the inner turmoil in my heart and knew I could use all the help I could get. But now, as He calls me to move outward from isolation and self-introspection back into community, he saw it fit to take her away. He knew that taking away Thumper would challenge me to embrace a more costly and ultimately a more mature love. He blessed me through Thumper’s life and is teaching me to love in her death. Truly, he works everything–both big and small–for my good.

When my family asked me if I wanted to get another dog, I was hesitant. The wounds from losing Thumper were still fresh, and I wasn’t sure if I wanted to experience that again. I tried to put off the decision but it seemed I was in the minority–my dad missed having a dog around, Katie wanted a puppy to play with, and my mom wanted a new exercise buddy. So, with Anthony’s departure to Portland imminent, we decided to go ahead and add a new member to the family.

Meet Ellie Autumn Locke, our new Goldendoodle! (I picked the first name, Katie chose the middle name) We picked her up this past weekend:

Why did I choose the name Ellie? Ellie is named after a character in Pixar’s Up. Her reddish fur resembles the crazy red hair of her cartoon counterpart. I like Ellie’s character. She’s spunky, crazy, and adventurous, but also sweet and caring. I also like how Pixar movies combine substance and emotional gravity with simple and imaginative storytelling. Their movies have a sense of childlike wonder–which fits well for the name of a family pet.

But more along the lines of this post, Ellie’s name serves as a sort of tribute to Thumper and the lessons God has taught me through her. Ellie, you’ll remember, passes away early in the movie and her death serves as the catalyst for Carl’s growth. He begins the movie as a cynical and withdrawn man but over the course of the movie,  he learns to courageously pursue adventure and love in deeper ways. I hope my time with my pets can drive me to do the same. 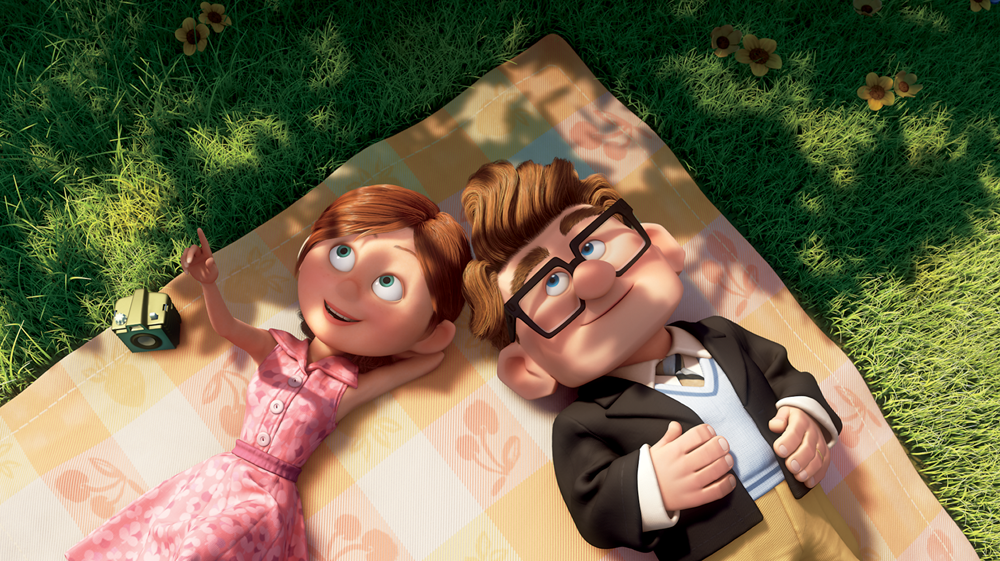 So whether you eat or drink, or whatever you do [like having a pet], do all to the glory of God (1 Corinthians 10:31 ESV)

One thought on “Thumper, Ellie, and Lessons of the Father’s Goodness”